I work as a Medical Medium, connecting people to a spirit source that provides remarkable insight to healing and recovery. I will first describe a fascinating, new perspective about cancer. Next, I will share an exciting cancer treatment protocol available to you right now through spirit-based healing. There is nothing else available like this on Earth.

A Paradigm Shift in Understanding Cancer

Spirit-based healing introduces a radical new understanding about how the body works, and how this information helps us treat cancer. It begins with a course on the relationship between Consciousness, Body Intelligence, Emotions and several kinds of Communication Systems in the body. There is clearly more to the human design than people know. The body has Intelligence or “Intel” which is like software that runs the hardware of your body. A large percentage of cancer cases are related to Intel issues.

Body Intelligence has been described as an energy field

outside of the body, following the body's outline like a glove. Some people claim that this Intel is the “aura.” However, spirits indicate that the Intel is invisible to humans, and not the same as the aura described by others.

The “Fantastic Four” Communication Systems in the Body

Scientists identify two forms of the body's internal communication. They are the nervous system and the endocrine system. Spirit teachers, however, reveal two more systems – ion communication and telepathy.

Ions exhibit an ability to carry small bits of information between any two body regions for the benefit of homeostasis. (Homeostasis is the maintenance of a constant internal environment.) It's true that ions communicate within the body. The analog to this would be quantum electrons, which, in outer space, can communicate much more information over great distances. Ions in the body also perform high speed communication; they report to the pancreas, which communicates with Body Intelligence.

Scientists have noticed that a large percentage of genetic material is non-coded, or what they call “Junk DNA.” What they have not discovered is that “Junk DNA” is a vital part of this remarkable telepathic communication.

When securing any individual from disease, we need to make sure ionic and telepathic pathways are relaying information correctly.

A Crazy Breakdown in Communication Between Body and Intelligence


Cancer in some people can progress in this bizarre manner:
Cancer and the Immune System

The immune system receives a lot of attention in cancer research. However, individuals with excellent immune
systems are also vulnerable to cancer. Spirit-guides indicate that the best way to correct cancerous conditions is to restore communication between the body and Body Intel... and to optimize body electricity. When Body Intel is restored, communication is restored, and genetic glitches are repaired automatically.

More About Intel and Genes

Our spirit-healing paradigm recognizes that the majority of cancers are the result of faulty Body Intel – not the genes. Spirit sources consider Body Intel to be the director of genes, which are the building blocks of life. 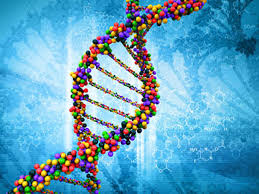 Only a minority of cancer cases are based solely on inherited genetics, or a fault in the genetic code. For most cancers, it is the Body Intel, which, in a non-inherited way, changes genetic code or the “genetic work orders.” Most cancers originate from exposure to bad substances, or damaging energy fields, negative emotional experiences, or any combination of the three. Sometimes cancers that seem to run in families are incorrectly attributed to genetics. These cancers may actually come from Morphic Fields. (Explore the popular books on Morphic Fields by Rupert Sheldrake. Light Beings claim that Morphic Fields should be re-named as "Intelligent Fields.")


Much of the work I do in healing people involves identifying traumas that damage the body's delicate Intelligence. Traumas are either physical or emotional, and can originate at anytime from birth to your current age. Traumas can manifest a new health issue or emotional issue either immediately, or years later. Remarkably, spirit guides can trace the origins of these traumas, but more importantly, make corrections in the Intelligence.

Our team has made a recent discovery (June 2019) that cancers are related to Intel damage from emotional trauma -- not physical trauma. In this pathway, when one or more emotional traumas accumulate 50% damage in the region of Intel that relates to the immune system, then cancer is likely to form.

Another discovery (June 2019) reveals that emotional trauma can cause damage in yet another region of the Intel, reducing the body's ionic communication ability to 70% or less. This, too, increases the chance of cancer.

A Story of Cancer and Consciousness

Your personal Consciousness is located a great distance away from your body. Nevertheless, if a different form of Consciousness forms close to or in your body, you could become ill. Adding to the mystery of cancer's complexities, our team has discovered that cancer, itself, has Consciousness. Spirits indicate that this strange cancer Consciousness forms in the Body Intel first. This is likely the result of the bounce of misguided signals from the brain to Intel, then from Intel to other parts of the body. Very few illnesses have their own Consciousness. The short list includes cancer, diabetes and fibromyalgia.

Humanity may be amazed to learn that Consciousness and Intelligence are easily constructed in nature, either purposely or randomly. They can be formed by special conditions of either radiation, or electromagnetism. The universe observed by humans, as well as regions beyond this "finite" structure are filled with Consciousness and Intelligence. Humans have barely begun to explore this fascinating realm.

Blood does not usually have Consciousness. However, we discovered that Blood Consciousness actually materializes when Cancer Consciousness extends itself through the body. This may partly explain cancer's ability to form its own nervous system and vascular pipeline for nutrients.

This has shed light on two new, staggering concepts:

1) Due to the observed interactions between cancer and blood, it appears that cancer is closely related to blood. Our team now refers to cancer as a disease of the blood.

2) Blood, itself, needs to be redefined as a gland-organ. Why? It's due to the discovery that blood has the ability to produce hormones like a gland. Interestingly, blood manufactures hormones for its own benefit. Since blood transports materials, it acts like an organ, too. Blood owns abilities far more sophisticated than the basic transport system described by modern medicine.

Most of the universe operates through Electricity, Magnetism, and Electromagnetism. Many scientists believe that magnetism forms in the presence of electricity. However, realms outside our universe operate mostly by magnetism, and surprisingly, without the presence of electricity. Very few people could even imagine this possibility. Most people are simply unaware that the "universal" principles of electromagnetism govern the human body, too. The body focuses its efforts on the maintenance of electricity. The starting point to eliminating disease and achieving radiant, glowing health should be the restoration and maintenance of the body's electrical system. It makes great sense to restore body electricity before pursuing additional and dangerous health protocols.

Here are 3 important aspects of electricity in the body:
Our Cancer Treatment Protocol
1) Identify the locations of Cancer in your body.

2) Identify environmental influences of your Cancer.

5) Program Body Intelligence to recognize Cancer, to maintain the Immune System, and to rebuild damaged tissue.

6) Rebuild 4 types of Communication in the body: Neural, Hormonal, Ionic and Telepathic.

9) Program Body Intelligence to remove any Phantom Nerve Pain that may persist after Cancer is removed.

10) This protocol is most effective for Stage 1 and 2 Cancer. However, this treatment protocol can be helpful for more advanced stages of Cancer.

How to Prepare for a Session

Readings are available by phone or in person, and priced at $50 for each 20-minute segment. For this special Cancer program, a single 20-minute should be enough to start spirit-based healing. However, for a more detailed session to cover other issues, you may opt for a 40-minute session, or 60-minute session.

Payment for in-person visits is due at the end of the session. Payment for phone readings is due before the session begins. Use the Paypal button below for advanced payment. Use the drop-menu to choose a session of 20, 40 or 60 minutes.
To set an appointment, or to make inquiries, send Mark Rider an email at HealingFrontier@gmail.com or call him in the USA +1 458.215.9493.

Please keep notes during the session, plus a log of your weekly progress, and later send a short, but objective account of your experience with this new and unusual type of energy healing.

Explore the physics and technology behind this psychic art. Visit Spirit123.info